One of the biggest things I’ve learned at Coastal Maine Botanical Gardens is what I don’t know. They say that’s the first step in knowing- well we’ll see about that. What I might know about though, are a few common mosses found in Maine that are distinctive, easy to ID, and will get you on the road to learning more about moss identification!

One moss that you very well may have in your backyard, or in the woods near your house, is the big red-stem moss, or Pleurozium schreberi. This common moss looks like a little tree but has a reddish stem.

My guide book calls it “a large and exuberant moss,” which you will understand if you see it growing in its large colonies. When you get closer, you’ll realize this mat of moss is made up of thousands of these little trees with red stems.

There, now you know one moss for sure!

Another moss I see a lot at the Gardens is the broom forkmoss, or Dicranum scoparium. This clumping moss looks like it’s been out in a strong wind (or maybe even resembles my terrier’s fur). Though many of the Dicranum genus have that windblown look, the scoparium species is named for its resemblance to a worn-out broom. I always have an urge to pet this moss, or maybe run a comb through it! 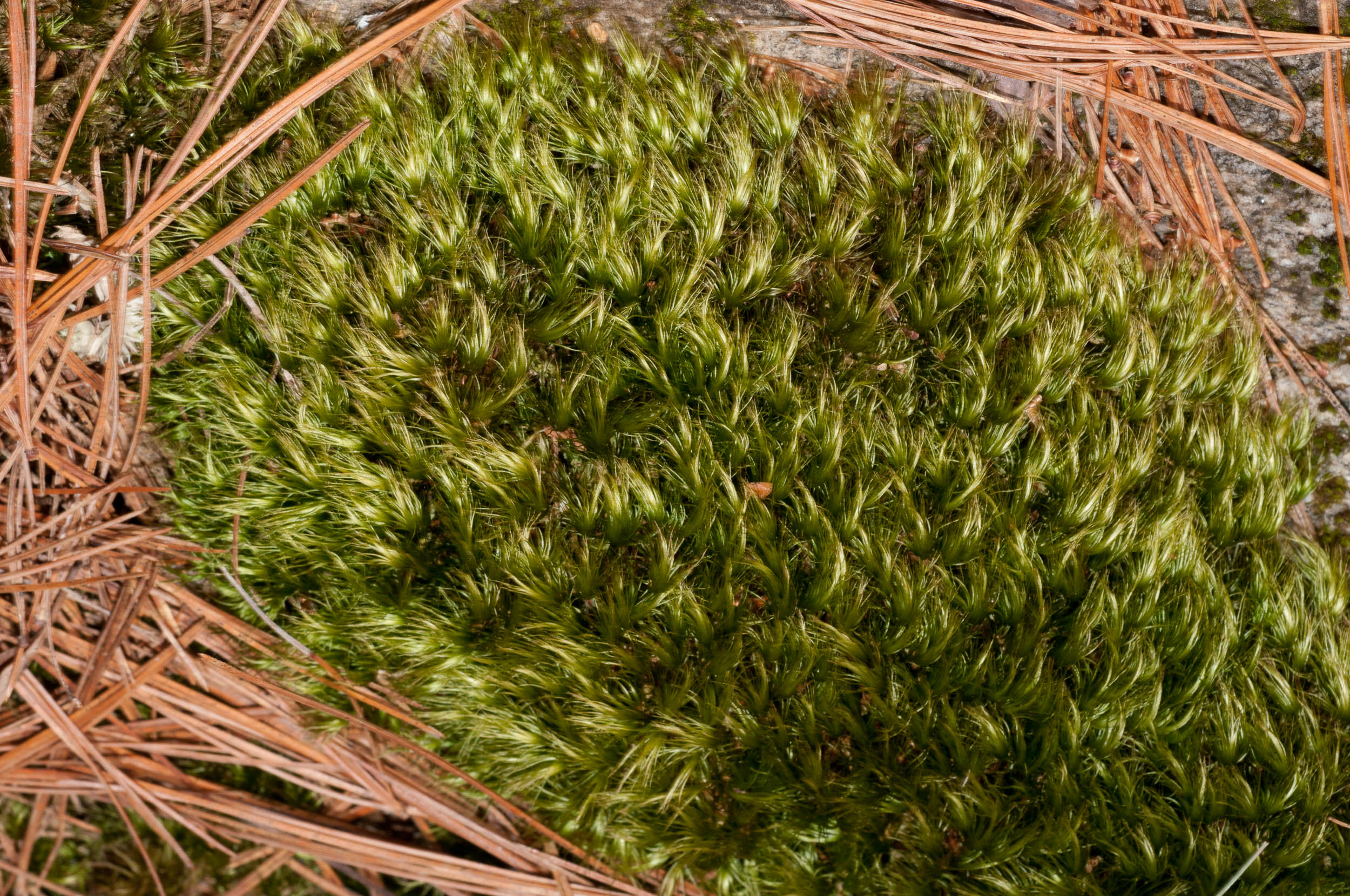 One of the most beautiful mosses I can safely identify, though, is the brocade moss, or Hypnum imponens. 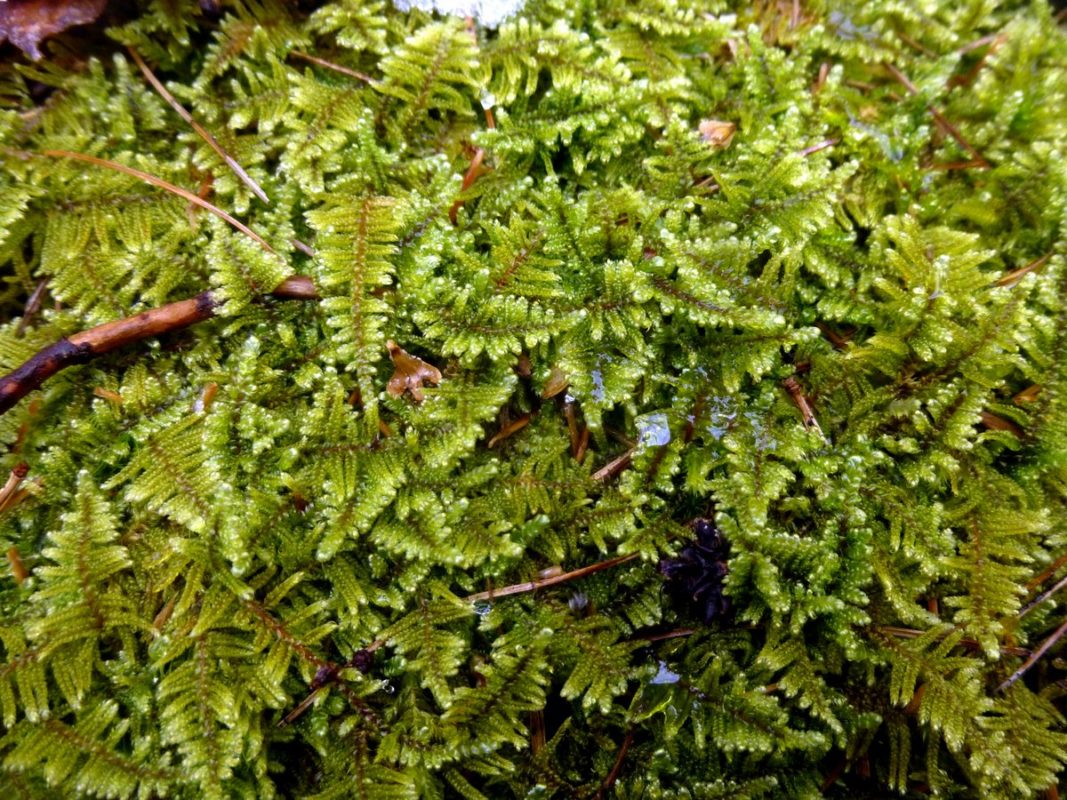 To me, this common moss looks like someone has crocheted it with a silken thread. Sometimes, it also sports a slightly reddish stem (not as prevalent as the big red-stem moss), but its growing habit is much neater and tighter. The mats are dense and seem to glisten in the light, whether it has rained or not, just from the light reflecting off each little crocheted edge. Once you see this effect, you won’t forget it, and you’ll notice this moss’s thick, tidy, sparkling edges everywhere on the forest floor.

Another family of mosses is the sphagnums. This large genus has many species that grow in the wettest of places. At the Gardens, we have them where water collects after a rain, or near our vernal pools. They look so solid and thick from afar, but when you get up close, you see they are very spongy and grow in great hillocks. The hillocks near vernal pools will often be home to the four-toed salamander who needs these hillocks to deposit her eggs. This is one type of moss that would be best identified with a microscope to know it’s exact species. So many sphagnums, so little time!

Last but not least is the common haircap moss, or Polytrichum commune. This moss grows in-between my fieldstone path and grows in a very plush clump that is at least three inches high. Right now, it is looking magnificent with its male splash cups all showing! In the center of these cups, sperm is produced and when rain falls, the sperm disperses from the cup. During the rest of the year, this mound looks like a bronze clump with green-spiked leaves jutting up. It grows in the shaded part of our field and many places at the Gardens.

This curiosity about all the many mosses started a couple of years ago when our Discovery Cart featured mosses, lichens, and liverworts. This year, I can’t wait to take the class with Ralph Pope, who literally “wrote the (definitive) book,” Mosses, Liverworts, and Hornworts: A Field Guide to Common Bryophytes of the Northeast. Now, happy moss hunting and good luck!